Villas and apartments for sale in Lavandou

The origins of Le Lavandou

Since the Roman Empire, Le Lavandou is a destination of choice; it is moreover probable that the Greeks established there the residence of luxury and popular place in the Var, named Alconis.

In 1376, the galley of Pope Gregory XI anchored in the port of Le Lavandou where Saint Catherine of Siena, after having performed a miracle in Toulon, embarked.

In 1481, King Louis XI, who was ill, stopped over in Le Lavandou because he was unable to land in Marseille, which was in the grip of the plague. Legend has it that when he disembarked, King Louis XI put his foot on a rock and, with his pilgrim's staff, he left his footprints there. In 1955, the seafront promenade was built on this spot, but the municipality has rehabilitated this curiosity in the castle of Le Lavandou.[+]

During 2 centuries, Le Lavandou was the witness and the object of destruction because of the numerous wars which took place on the territory.

Later, thanks to its fishy waters, Le Lavandou attracted fishermen from Genoa and Catalonia, who quickly settled there to make their activity prosper. A hamlet depending on Bormes-les-Mimosas, Le Lavandou became a commune in 1913 but at the time had only a thousand inhabitants.

The village was built around its fishermen's houses and its port which was the most generous of the Var. Now, this seaside resort which extends over 12 kilometers has wide beaches of fine sand and many wild creeks. Its name, taken from the flowering lavender, is sometimes translated from the Occitan language, because of the many wash houses present at the time.

The assets of Le Lavandou

Located in the Var, Le Lavandou has a mild and temperate climate and dry and hot summers. Facing the sea, its 12 sandy beaches delight tourists every summer. On the land side, at the foot of the Massif des Maures, Le Lavandou has a protected Mediterranean vegetation and an appreciated natural environment.

This town has a varied cultural history and is home to Theo Van Rysselberghe's villa-workshop, which will soon be transformed into an Art Center. Many artists and writers have stayed here, such as André Gide, Matisse and Jean Cocteau.

Le Lavandou keeps its Provencal spirit and its unavoidable market is the meeting place of the locals but also of people passing through. It is especially its numerous beaches that attract tourists, such as the Plage d'Anglade, the Plage de Saint-Clair or the secret Plage de Rossignol; there is something for everyone.

A town on a human scale, Le Lavandou has a warm atmosphere and a Provencal village spirit dear to its 5500 inhabitants. Local shops and public services make it possible to live comfortably in this seaside town on the French Riviera.

In Le Lavandou, we offer villas with sea view, landscaped parks and beautiful properties with swimming pools. The villas for sale in Le Lavandou are located near the beach with panoramic views of the Golden Islands or Cavalière. Heated pools, terraces and gardens with Mediterranean essences, petanque courts and other amenities typical of the south of France, we have the villa of your dreams in Le Lavandou, with a beautiful exposure, splendid grounds and comfortable living areas.

Contact us to buy a luxury villa in Le Lavandou. 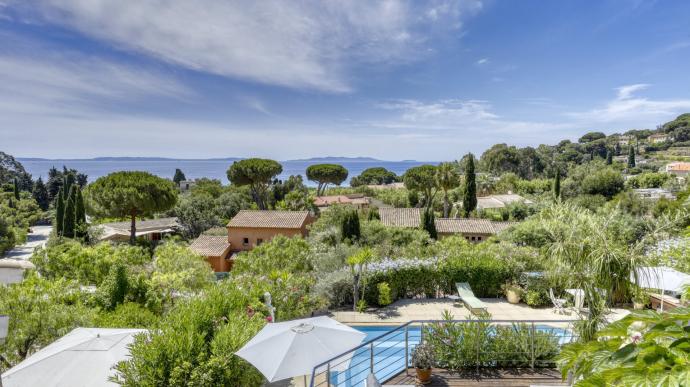 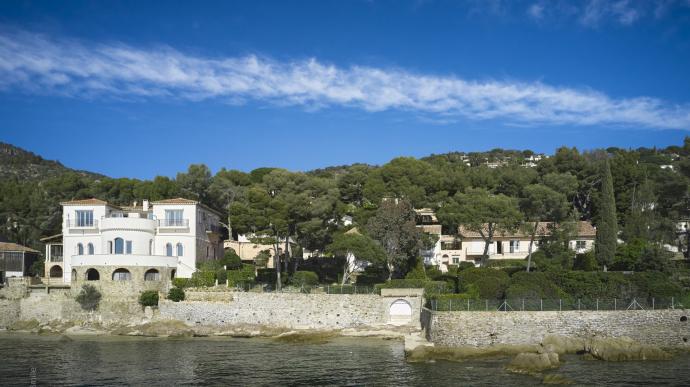