Buy a villa in Châteauneuf-Grasse

History of the commune of Châteauneuf-Grasse

At the heart of two axes of communication, the Brague and the Mardaric, the area experienced a real boom with the arrival of the Romans, 150 years BC. Opio thus developed under Roman influence. In the 5th century, the presence of an intermittent water source periodically attracted the population and led to the construction of a baptistery and a church on the site of Le Brusc. It was in the 11th century that Le Brusc, gaining importance thanks to feudalism, became a high place of worship, after a long period of invasion. Indeed, an imposing basilica was built and this incredible spring is found in the heart of a crypt, a real gathering place for pilgrims as well as the faithful.

In the 12th century, a new castle, Château Neuf d'Opio, was built by the Lords of Opio on the highest point of the territory. It thus provided some protection for the people of Opio who eventually settled there. It was in the 13th century that Châteauneuf became an independent village and the church moved into the territory of Châteauneuf.

In the Middle Ages, and more precisely in the 14th century, dynastic struggles of the Counts of Provence disturbed the commune. Moreover, Châteauneuf having neither mill nor fountain, water must be recovered at the Colle de la Brague and the crops are thus insufficient for the population, despite the possession of an oven. However, at the end of the Middle Ages, the population increases and thus arrives at an era of prosperity. In the 17th century, the population grew to 2,400 people, far too many for such a large area. Fortunately, through the ports of Antibes and Cannes, a real trade is established with Genoa thanks to the main crops of the town: oil, wine, figs and wheat.

Victim of the Wars of Religion, Notre Dame du Brusc was then rebuilt and given back to worship.

In the 19th century, and more precisely in 1822, the commune of Clermont was attached to Châteauneuf and the hamlets of the Bergiers were attached to Le Rouret after being detached from Châteauneuf.

Covering an area of 895 hectares and situated at an altitude of 417 metres, Châteauneuf is a dynamic commune in the middle country. The agricultural and horticultural tradition, at the origin of its reputation, is not its only asset. Indeed, the town has also developed other economic activities, whether commercial or artisanal such as ceramics, pottery or sculpture.

The village, classified in the Inventory of Sites, dominates the plain of Opio from its hill planted with centenary olive trees. It thus offers a sumptuous panorama from the Esterel to the Italian Alps. The heart of the village offers magnificent 16th century buildings but also remains, such as the ramparts and fortifications, of the old castle.

The commune has the advantage of being located close to the mountains but also to the sea and of dominating the towns of Cannes and Opio. It is also the crossroads of many roads and is thus accessible from Grasse, Valbonne, Sophia-Antipolis, Cannes, Biot, Gréolières, Vence and Villeneuve-Loubet.

Châteauneuf is also rich in events. Indeed, every summer for the past 25 years, "Les Nuits du Brusc" have been organized in the open air in the gardens of the chapel, represented by 4 evenings ranging from classical to rock and humour. In addition, every October and for the past ten years, the "Marrow Festival" has been organised by the association "La Courge d'Abondance" for the benefit of humanitarian associations.

Its 11-hectare equestrian centre, the highly reputed "Club Hippique de la Brague", attracts a certain category of clients who are passionate about horses.

This magnificent commune is home to the Grande Bastide Golf Club. A sumptuous golf course with the scents of the region belonging to the Open Golf Courses group, it is one of the most famous courses in the region. Internationally renowned, this 18-hole golf course combines tradition and authenticity.

Magrey & Sons offers you unique properties in the heart of a magnificent natural and quiet environment thanks to its excellent knowledge of the terrain and its two experts in the field. Each estate has its own history and culture. All of them embody the historical authenticity of the past.

From the unique Provençal mas on 10,000 m² of land to the authentic Bastide set on a park with terraces (“restanques”) with a view of the sea, via the sumptuous Provençal estate with lake, the agency has the most luxurious properties in the heart of the most prestigious districts of the commune.

Thanks to a very well established network on the Cannes Mougins axis, the Magrey & Sons group has a real potential for customer conversion in the sector. 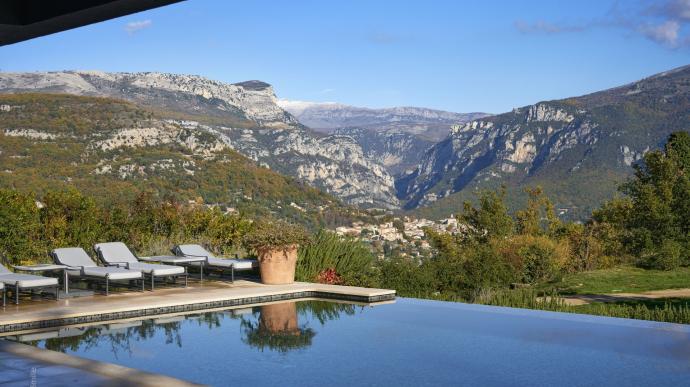 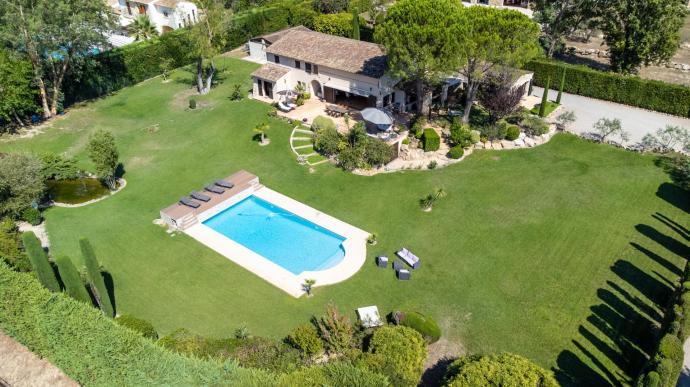 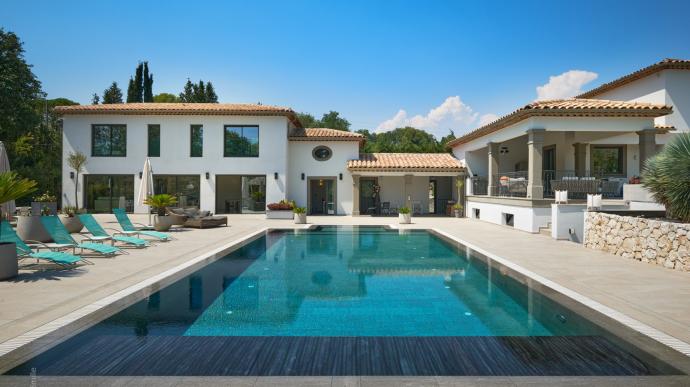